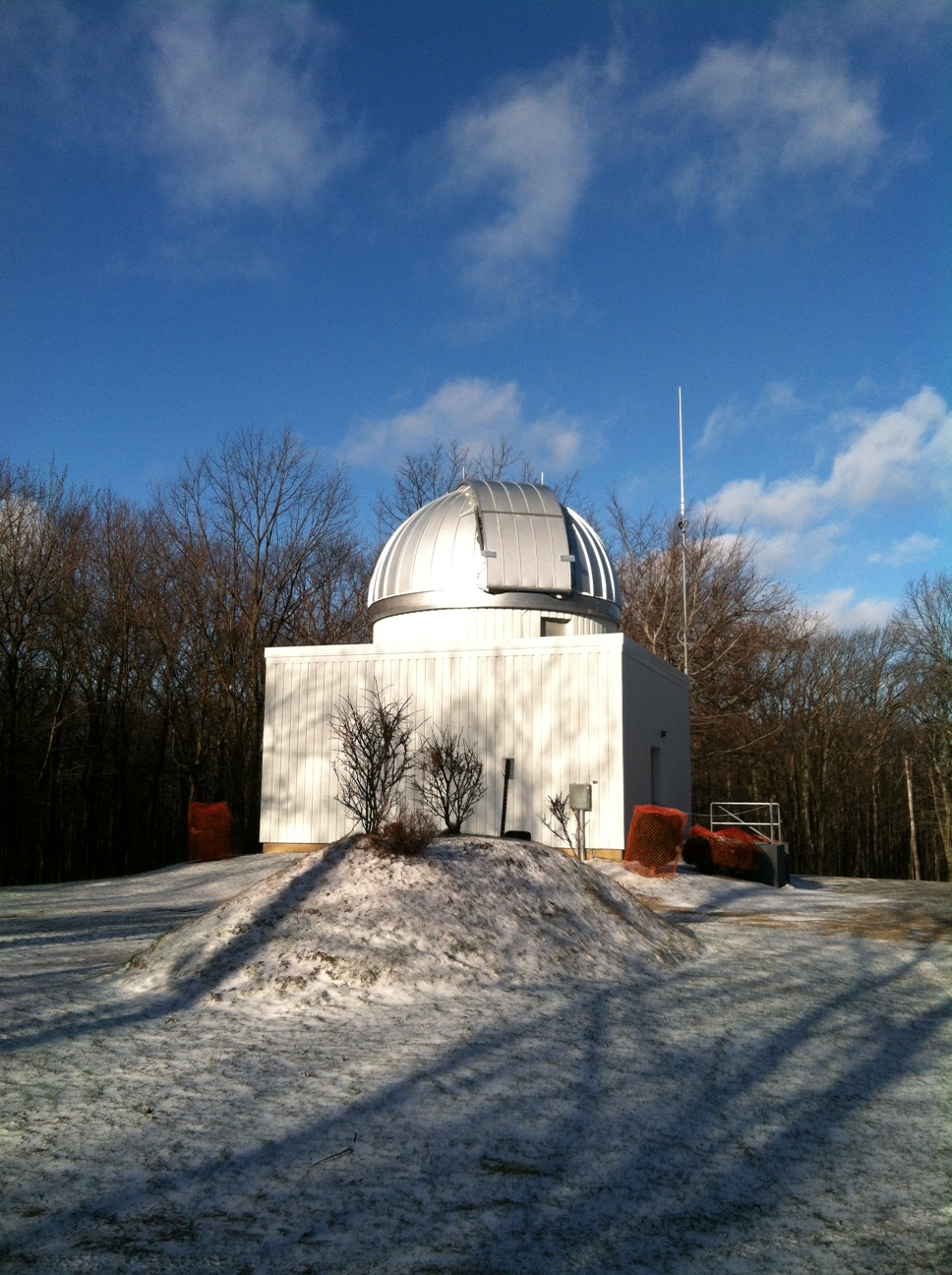 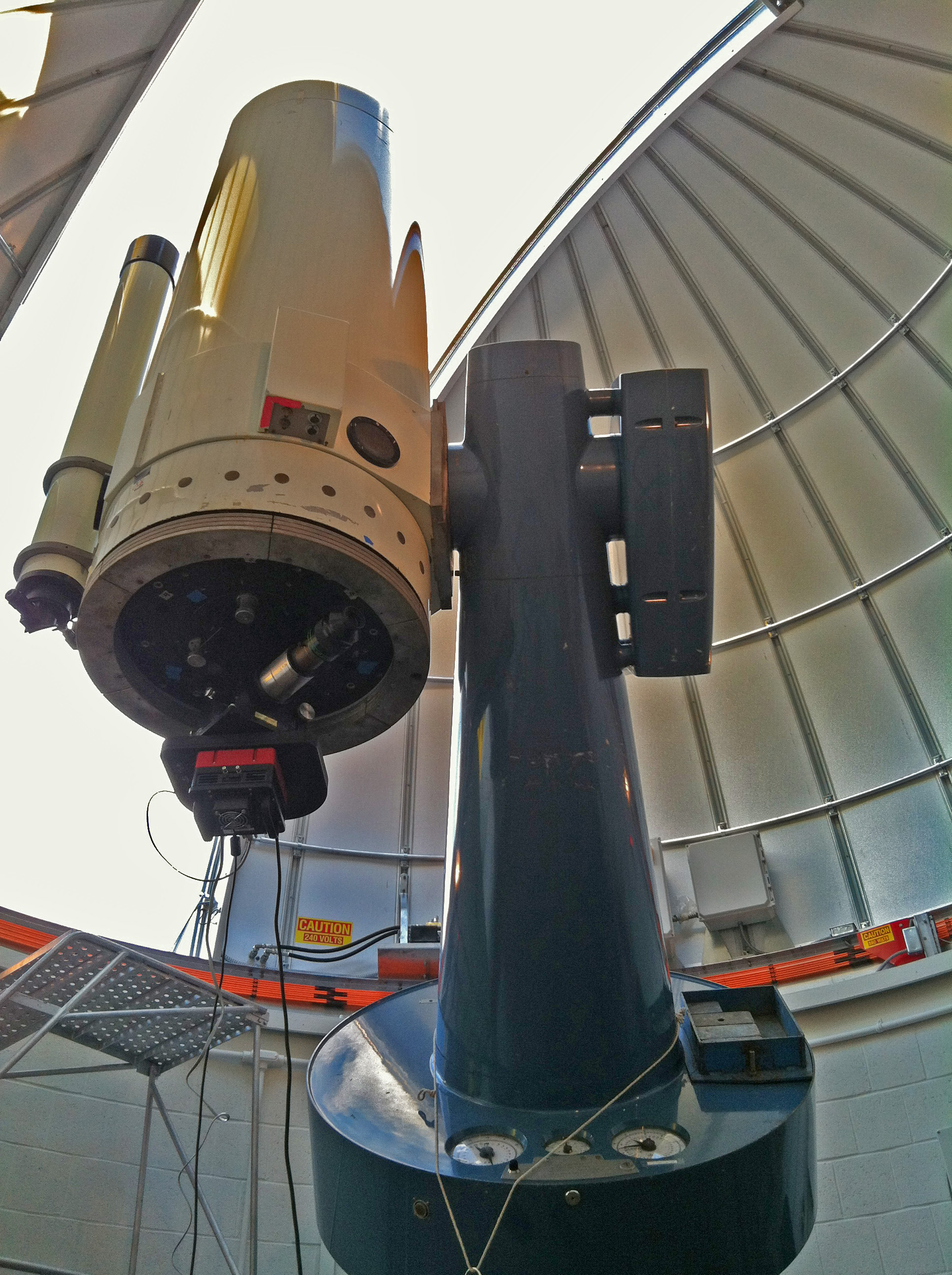 The University of Rochester's C.E.K. Mees Observatory, devoted to teaching and public outreach in astronomy, is located 40 miles south of Rochester in the Bristol Hills (77o24'31.56" W, 42o42'01.0" N) at an elevation of 701 m (2260 ft). The Observatory houses a 61 cm (24 inch) Boller and Chivens Cassegrain reflector, dedicated May 8, 1965. The telescope's control and environmental systems have been kept up to date: most recently with a new Ash Dome, and with extensive upgrades to its DFM Engineering telescope/dome-control computer and operating system (2014). The Mees site enjoys very dark skies, with the best weather being encountered in the Summer and Fall months.

The Rochester Institute of Technology's Center for Imaging Science is an active partner in the Observatory, and tests advanced visible-wavelength astronomical instruments at Mees before deployment elsewhere. In the past the UR Infrared Astronomy group has tested advanced infrared detector arrays and instruments at Mees.

The Observatory is named after C. E. Kenneth Mees (1882-1960), longtime director of research at Eastman Kodak, in honor of his pioneering work in the development of sensitive photographic emulsions for use in astronomy. Its site on Gannett Hill includes the birthplace, and later the summer estate, of Frank E. Gannett (1876-1957), founder of the Gannett Newspapers. After Mr. Gannett's passing, the estate was donated to the University of Rochester by his wife Caroline Werner Gannett, for use as an observatory site. The Gannett family summer house now provides office space and sleeping quarters for the observers. The summit area adjacent to the estate, on which the telescope sits, was ceded to UR by Ontario County. Donations from the Mees family and the Eastman Kodak Company, and a grant from the National Science Foundation, paid for the telescope, dome and observatory building. 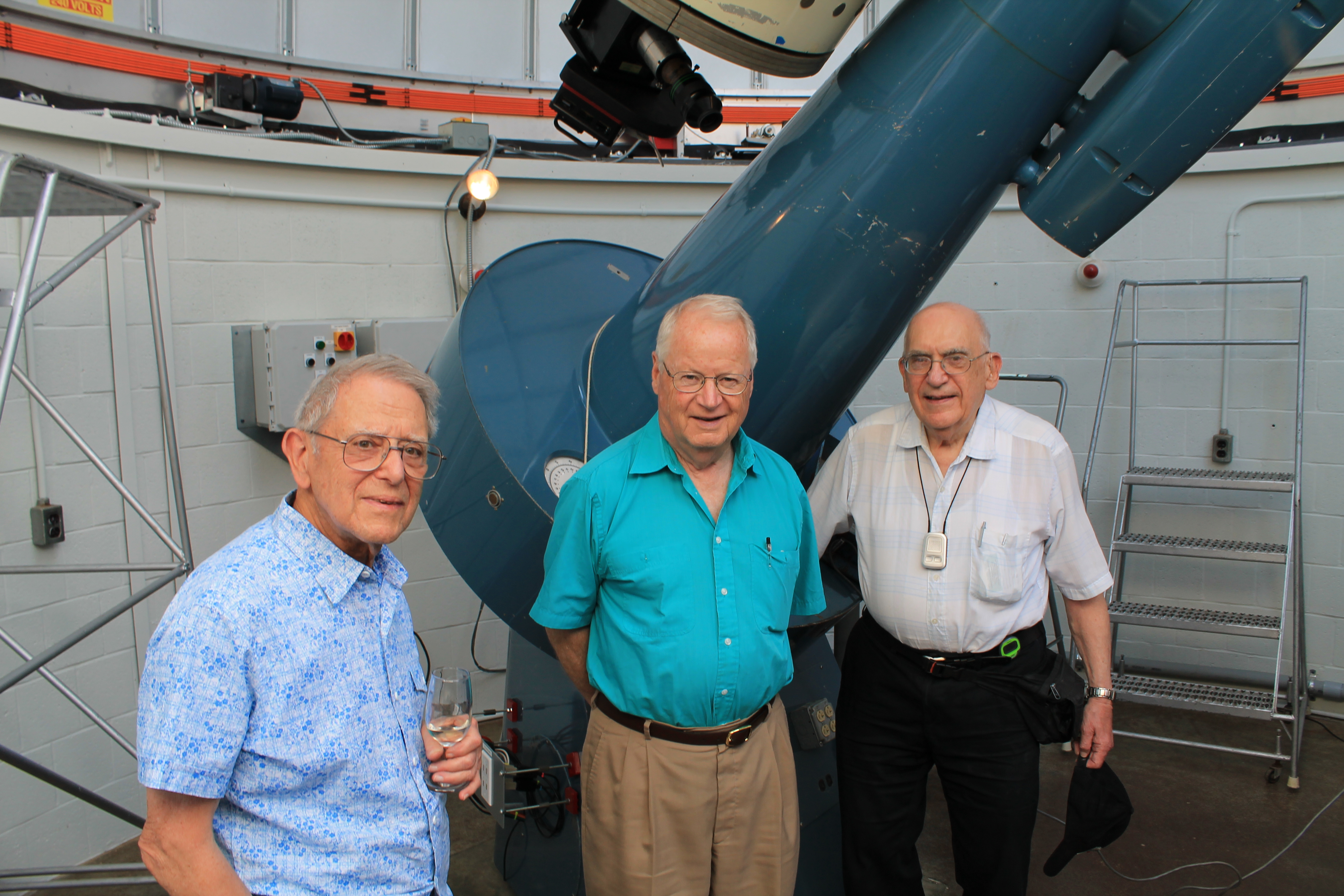 The 50th anniversary of the Observatory's founding was celebrated on May 8, 2015. Three of the observatory's founders -- Profs. Larry Helfer (left) and Malcolm Savedoff (right), along with Thomas Mees (center; Tom is Ken Mees's grandson) -- joined us for the festivities.

The Observatory, the Gannett House, and the beautiful grounds surrounding them, are maintained by site superintendent Kurt Holmes, as they were by Kurt's father, Gene Holmes.

The Observatory is used heavily in the introductory (first-years and sophomore) undergraduate astronomy classes at UR. Each student in AST 111 and AST 142 spends at least two nights per semester using the telescope and CCD camera/spectrograph as part of the laboratory components of these courses. Undergraduate students also have the option have using Mees observations as part their advanced lab course, PHY 243, and in their senior thesis.

The Mees Observatory and Gannett House are available for private reservations. Please click for additional information and to submit a reservation request, Gannett Hill Reservations.

In partnership with the Astronomy Section of the Rochester Academy of Sciences (ASRAS), we offer free tours of the Mees Observatory on Friday and Saturday nights during the months of June, July, and August. These tours are guided by a combination of senior ASRAS members, UR grad students and undergrads, and UR astrophysics faculty. The tours usually consist of an informational slide presentation about general astronomical topics, followed by the viewing of astronomical objects through the telescope. Though the tours are free, reservations are required, and can be arranged here.

Though most of the astrophysical research conducted by UR faculty and students involves much larger telescopes on high mountain sites or in space, the Mees Observatory still serves in a research role, providing complementary visible-light imaging and spectroscopy which is ancillary to our infrared imaging and spectroscopic surveys.

Steven Varlese '75, physics and astronomy graduate of UR, unexpectedly passed away Nov. 29, 2008. While at UR, Steve worked with Prof. Judy Pipher, as she developed her first instrumental programs in infrared astronomy. Steve also gave tours at Mees Observatory, and some time ago, he began to make annual donations to the Observatory for the purpose of assisting undergraduates interested in careers in Astronomy. Steve moved to Ball Aerospace following graduation, and obtained an M.S. degree in optics while at Ball. He worked in optical design and systems engineering in support of several space missions, and became program manager for others. In January 2008, Steve joined the Gemini Observatory instrument development team. His memory is honored on the Gemini website (www.gemini.edu/staff/svarlese). Donations in Steve's name can be sent to Little Thompson Observatory ( www.starkids.org) and/or Mees Observatory. Steve was closely associated with both observatories for many years, and they were among his favorite charities.

Other places near Rochester to learn about astronomy